Yesterday was my normal weigh-in day for my Weight Watchers meetings.  (See this post to explain how I ended up rejoining WW after using the eTools for 8 years.) I lost two pounds, but I know that’s from being sick and thus not sustainable.  Still, that means that I’m pretty much guaranteed to be below goal next week and thus make it to Lifetime–and stop paying for eTools, lol!!

Thanks to hockey, baseball, etc., I have only had the chance to stay for  the actual meeting a couple of times in the last 8 or so weeks, but this time, I was not in a great rush, so I stayed.  I must admit that I do enjoy the meetings when I can attend them.  I like the leader and I also enjoy talking about the program with other people who understand it.  (For instance, there was a girl in her second week who commented on how hard it was to stay on plan when at work. When asked where she worked, she replied,”Panera.”  There was a collective sympathy groan from us all, lol!)

Normally, I don’t talk during the meetings. I am a very, very talkative person by nature (kind of like how I’m wordy with my blog 😉 ), but I always feel like I should be quiet and just listen at the meetings. I’m there to learn and be inspired, and I figured it’s one time in my life when I can let others do the talking.  I mean, it’s not like I’m having serious problems being on plan right now, and I just feel that the folks who are struggling should have the floor.

However, last night, the topic was exercise, and my leader actually called me out!  She and I have talked about my exercise program and how it’s helped me, and she obviously wanted to let others hear about it.  When asked, I briefly (and yes, it was briefly!) described what I’ve done the last 6 months and how I have lost weight all but a couple of weeks in that time.  Then I kept quiet again. Toward the end, she was summarizing the exercise topic, and she made this comment, “You will enjoy it if you do it regularly.  I mean, you won’t go into it saying, ‘Woohoo! It’s time to exercise!’ but you’ll feel good afterwards.”

At that point, I kind of made a noise, and the leader asked if I had a comment.  I couldn’t help myself…I chuckled and said, “But I do say ‘Woohoo, I get to exercise!’ when I do it, because that’s my time for me, and I enjoy it!”  My leader is normally pretty unflappable, but she actually looked at me like I’d grown two heads. 😛 She then looked around at the rest of the group and said, “Does anyone else get that excited before they exercise?” No one said yes, but a few people loudly said, “No!”  She then looked back at me and said, “Well, Stephanie, it’s look like you’re the only one!”

Everyone laughed, me included, but I still can’t help but wonder… I really do enjoy excercising.  I look foward to my runs.  I enjoy the challenge and really enjoy how I feel afterwards.  Granted, I don’t say “woohoo” when I get up at 5:40am to do an early run before work on Thursdays, but I think the fact that I do get up that early to go for a run is kind of a “woohoo” in itself. 😉

Does that make me weird? Or does that mean everyone else just hasn’t found the right exercise plan yet??

Speaking of early morning runs, I had one today. 🙂 My new training program has me doing a 2-mile run every Thursday, and I really like that there is one day a week where the distance stays the same–it makes it much easier to fit into my schedule.  It was a good run, and I kept it pretty comfortable.  I didn’t try to bust it at the end or anything, but maintained a pretty steady pace. 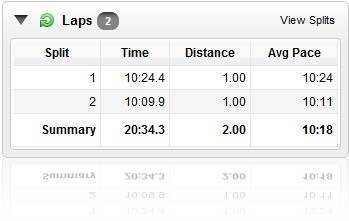 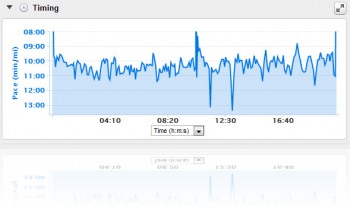 I felt good afterwards and even took the time to go back down the road and good a good view of the sunrise for a picture. 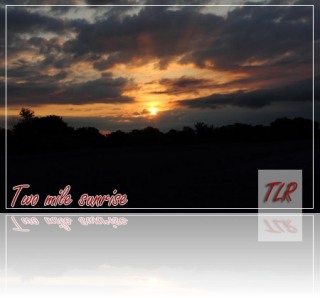 Okay, I know I keep talking about “my new training program,” and I think it’s time to finally reveal it, as well as reveal my two new running goals. 🙂

I hesitated actually explaining the new training program at first, because I wasn’t sure if I would really do it, but I have decided that, no matter what, I’m going to enter the race and hope for the best.  I had originally determined that the Mt. Olivet 5k would be my first “true” run, but since then, I’ve already run a 5k (one that I had originally signed up to walk).  After that, I wanted more of a challenge for the Mt. Olivet run, so I have decided to sign up for the 10k!  Yay!! 🙂  My training plan is the Hal Higdon 10k novice program, which I like a lot.  The downside to this new goal–the race is in July.  If you’re not from Michigan, let me just tell you that a Michigan July is miserable as far as heat and humidity.

So, while I’m confident in my ability to run a 10k by July, I’m a bit more cautious about whether or not I can run it in the heat and humidity.  That’s one reason why I wanted to do the run on Monday, even though I was sick and it was hot as hell–I wanted to find out how it felt to run under those conditions.  Clearly, since Monday’s run wasn’t even half of what I’ll be doing in July, and it was still hard, I have a long way to go.  But, I’m hopeful that with training, and perhaps some of the Lord’s grace as far as weather goes, I’ll be able to do it.  If nothing else, I will run and walk it if I have to, but the important thing is, I’m going to try!

I have another new and quite exciting goal to report, as well!  Some may have already seen it at my friend Katie’s blog: she asked me this past weekend if I would take her place in a relay for the Detroit Free Press Marathon, since she is now going to run the full marathon herself.  I’m so excited for her, and so honored that she and her race-mates chose me for her spot!

My leg will be the final 4.4 miles of the race–the “glory leg,” she called it. 😀  I was a bit nervous signing up for it, more for the scheduling aspect versus the race itself, to be honest (that’s in the middle of hockey season), but I decided that, just as I started my exercise program to do something for myself (for a change), I needed to sign up for this relay for me.  If I miss a hockey tournament, it won’t be the end of the world, but I know I will always regret not running this relay if I don’t take the opportunity that has presented itself.

I’m very, very excited about my two new goals–it’s fun and energizing to have something to strive for that will take me out of my comfort zone.  And it’s just one more reason for me to say “Woohoo!” before every training run. 😉

4 thoughts on “Does That Make Me Weird?”