Here’s a post with mostly pictures to tell you how my day went. 🙂

First off, DS#2 played great in his hockey game today. 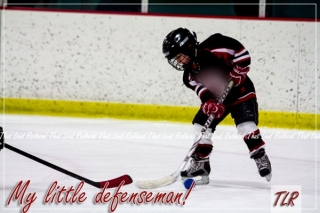 I must admit, at the beginning of the season, I was really worried about him not just playing travel, but playing “up” (ie, playing with kids a year older than him), but I have to say, he is really holding his own. He is finally starting to learn what it means to play defense, and he’s really getting pretty good at it, if I may be so proud as to say so. 😉 He never gives up, and most importantly, he is having a blast. I’m so proud of him!

DS#1 had his first baseball game of the season today with his school team, and he did fantastic–he had a solid base hit (into the outfield!), stole two bases, and then scored a run on another teammate’s base hit. He struggles a bit with baseball, since it’s not his primary sport, but he loves it, and today was a great day for him! Here he is as he sits on third, getting ready to score.

And finally, after all the other sports were done, it was time for my sport. After we got home, I ran on the treadmill for 3 miles, then took a stretch break. I won’t lie, I was pretty winded after that 3 miles…clearly I have some work to do to build my endurance back up to where it was before I hurt my knee. After my IT band stretching, I ran another 1.5 miles and stopped. I was still pretty tired, but I was keeping a pretty decent pace. I went outside and did a few more stretches, then I ran half a mile down the road (a quarter mile down and back). I ran at an easy pace, not trying to overdo it, and I was surprised to find that my “easy pace” was right around a 10-minute mile. I remember when my stretch goal was to run a 10-minute mile! 🙂 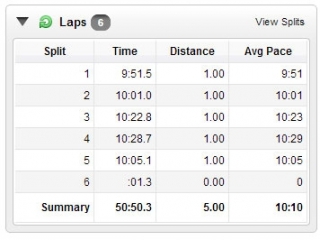 My knee was sore when I was done, but not horribly painful, and I felt so happy to have run!! I earned 7 activity points today!! 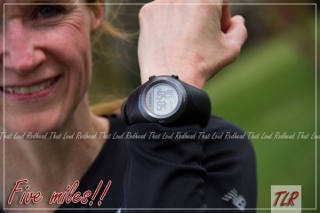 So that’s it for my day. I am going to take another break from blogging for a while…we were given the date for DS#2’s end-of-season party, and that means I now have exactly one week to complete his team’s video compilation. Since I haven’t even started it yet…well, I need all the spare time I can get. 😉

I will see you all in a week or so–hopefully I’ll be even more healed when I return to blogging! Thanks for reading, as always!